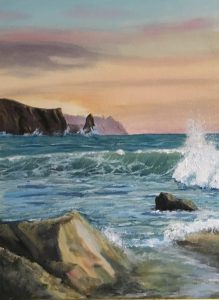 The Hampshire Open Studios event each year has been something that until this year was an opportunity for me to visit artists homes and studios to see what local artists were up to. With over 250 locations and thousands of artists and craftspeople to see its an amazing event.

This year, however, I was persuaded by my wife to exhibit for the first time. So I sent off the application and paid the fee for inclusion in the directory. My initial thoughts were to put up a marquis in the garden as my studio is a pokey room in the extension that has no room for anyone but me. Instead I decided to ask our church, King’s Church Southampton, if I could use their building to which they agreed. What followed was six months of planning, painting the exhibition areas white, upgrading lighting to daylight temperature, building display boards and occasionally painting an artwork! My mate Roger helped me enormously. 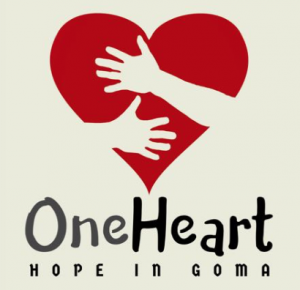 What came as a surprise was the number of artists and photographers at church that asked if they could join in. In the end we had 7 artists and four photographers featured with over 60 artworks, near 100 photographs, craft cards, craft earrings, home made marmalades, jams and cakes to put before the public for sale. As a church we support the Bishop Désiré and his wife Claudine part of the anglican church in the Democratic Republic of the Congo based in Goma a city on the northern shores of Lake Kivu below the Virunga volcanoes. They provide food, education, micro-finance and most importantly spiritual care to orphans, widows and raped women via their charity ASDIG.

The day arrived for the brochures to be collected. I had 200 of the 50,000 printed. We placed them in cafés, shops, health centres, churches, bars and homes around Lordswood in Southampton. On Saturday 19th we opened for business.

The pace was slow as first but picked up over the 10 days of the exhibition. In all we had 200+ visitors, sold 5 paintings, got commissions for 4 more, sold over 12 photographs, a dozen earrings, about 100 cards as well as sold out of marmalade and jams (30+ jars). Children painted sticks which were planted outside the church, people came into the makeshift café and drank hundred of cups of tea and coffee, ate more than a dozen cakes, 100+ flapjacks and shortbreads and chatted to artists and one another as well as watched a slideshow of the church’s recent mission trip to Goma. People were listened to prayed with and cared for in a warm welcoming atmosphere. It was great … but very tiring!

We are already committed to next year. If you get a chance I highly recommend you visit the event. Look out for Hampshire Open Studios 2018!

This site uses Akismet to reduce spam. Learn how your comment data is processed.